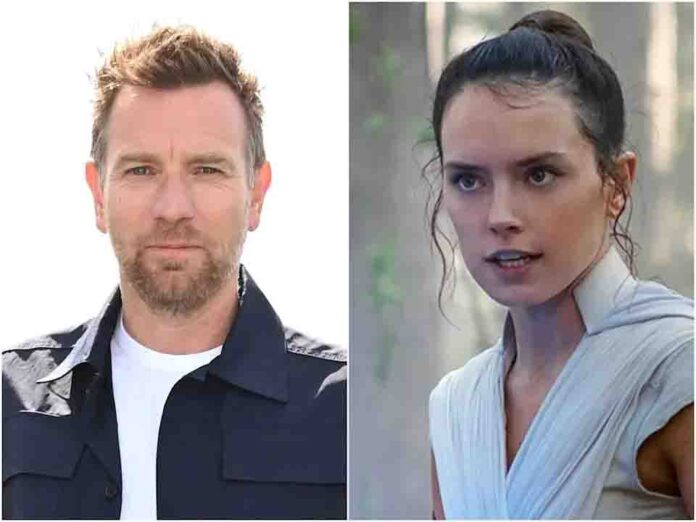 “Obi-Wan Kenobi” actor Ewan McGregor said that he was “really happy” to dip back into the “Star Wars” universe with the recent sequel movies starring Daisy Ridley, John Boyega and Adam Driver.

McGregor plays the titular character in the new Disney+ series but first portrayed the character in the “Star Wars” prequel movies in the ’90s and 2000s. The prequel trilogy received mixed reviews from critics at the time but has since received a lot of support from fans who grew up with the movies.

During a roundtable interview for “Obi-Wan Kenobi,” which Insider attended, McGregor said that the sequel movies — released between 2015 and 2019 — allowed him to become a fan again.

“I continued to love the ‘Star Wars’ universe and as the sequels were being made, I was happy,” the actor said. “I was really happy to see them and feel that I was able to dip back into the world of ‘Star Wars,’ which I’ve been part of since I was a little kid.”

McGregor continued: “The sequels were easier to watch because they were a fantasy again for me. I didn’t have any part in them. I said a couple of words for them here and there. In the latter two, I think I’d recorded some dialogue for them but I wasn’t invested in them in the same way. So I was able to enjoy them just as the audience.”

The sequel trilogy followed new characters trying to stop the Sith from reforming after “Return of the Jedi.” The movies also had appearances from actors from the original “Star Wars” trilogy, Mark Hamill, Harrison Ford, and Carrie Fisher.

Earlier this month, McGregor told Vanity Fair for its June cover story that he found it “difficult” to finish the prequel movies after seeing the criticism of the first movie “The Phantom Menace.” The movie has a Rotten Tomato score of 51% and many fans were critical of new characters such as JarJar Binks.

McGregor also said during the “Obi-Wan Kenobi” roundtable interview that “The Mandalorian” series took him “by surprise.”

“I really enjoyed ‘The Mandalorian.’ By that point, we were already gonna make this as a series but it made me realize that a ‘Star Wars’ television series could be just as engaging as the movies,” he said.

“Obi-Wan Kenobi” is the third live-action Disney+ series created for the “Star Wars” universe and six more new series are on their way.

“Obi-Wan Kenobi” premieres on Disney+ on May 27.

Read the original article on Insider