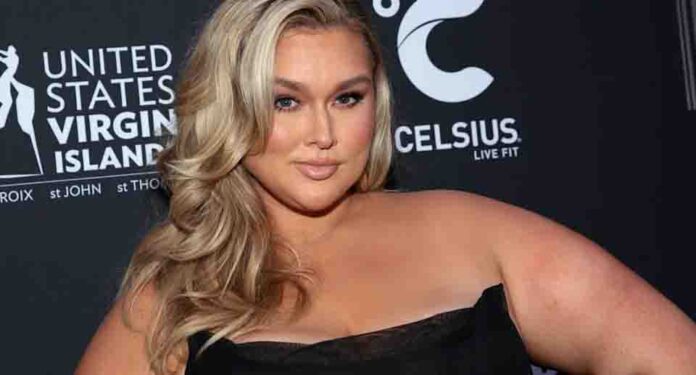 Hunter McGrady was just 22 when she made her Sports Illustrated Swimsuit debut in 2017. At the time, she was only the second plus-size model to be featured in the magazine. Now, the 29-year-old is gracing the pages of SI for the fifth time — and the photos that were taken just six months after giving birth to her first child.

In an interview with Yahoo Canada, McGrady said shooting for SI postpartum was “so empowering,” and she hopes the issue will make other new moms feel seen, valued and heard.

“I felt like I came into myself a little bit and I was just so excited to do it,” she said. “Not only for me, but for moms out there who may be a first time mom or may be postpartum, or maybe they had a kid 30 years ago. [I want them to see that] they can get out there too and feel good in their body and know that they really did something so wonderful.”

McGrady has been an advocate for body diversity since the start of her career. In 2020, she launched her own fashion line with QVC, called All Worthy, which offers pieces in sizes XXS to 5X.

Now that she’s a new mom, McGrady is on a mission to make sure other people in the same boat know they’re enough just as they are. She’s vehemently against the “toxic” bounce-back culture that tells new mothers their worth lies in their ability to lose the baby weight, and she hopes to lead by example and give others permission to give themselves grace.

“We honour the body while it’s pregnant and we talk about how women are glowing and how beautiful they look,” she said. “And then when they give birth, we’re like, ‘Okay, so when are you gonna, you know, get back to what you were?’ And we stop honouring that very same woman.”

But having a child has made McGrady even more grateful for what her body is capable of and even less focused on what it looks like in the mirror.

Still, McGrady has tough days just like the rest of us. On days when she feels like wearing baggy clothes and staying home, away from society’s harsh judgments, she quickly reminds herself that she should never have to miss out on life because of how her body looks.

“I want to go out and live life,” she said. “Not only for me, but for my son. I want to appreciate this body that was my son’s first home.”

Developing this level of confidence has been no small feat. While many believe that being confident is a destination we should all strive to reach, McGrady said we’d be better off thinking of it as an ongoing “bumpy” journey; one that ebbs and flows with the trials and tribulations of life. And on the most difficult days, McGrady said she turns to journaling, meditation and therapy to help centre herself and improve her mental state.

Though it’s been less than a decade since McGrady made her SI debut, the new mom said she feels as though she’s in a completely different place.

McGrady said she’s honoured and excited to be featured in SI’s most diverse issue yet, which features a strong cast of women who utilize their platforms to advocate for issues including women’s equality and redefining beauty at every age, shape and size. The roster for the magazines latest issue features Yumi Nu, Leyna Bloom, Duckie Thot, Maye Musk and more.

“There are so many incredible women in this issue that just stand for true inclusivity and diversity,” McGrady said. “And I truly believe that this will be the catalyst to other brands and magazines taking the same stance of true inclusivity. I think it’s really, really needed right now. It’s not just the hot button topic, it’s not something that is going to come and go—it’s here to stay.”

What Are The Benefits Of Hiring A Coach For Your Next Event?

0
For making a perfect click best, you need to bring several options into the account. At first, it is about deciding on...
Read more
Lifestyle

0
The world is now witnessing a tremendous increase in the number of MP3 downloads. Many experts attribute this to the rise in...
Read more
Lifestyle

How to Find New Friends In Life and Stay Positive

0
Loneliness or being lonely is something that almost every person experiences once or quite frequently in life. This sounds more like a...
Read more

Carpet Cleaning In London From The Best Professionals

0
If you're like most people, your living space is your go-to place for relaxation and comfort. And while you might not think...
Read more

0
Carpet cleaning is a task that many people often overlook, but it is actually one that can be done professionally. Not only...
Read more

What Makes Our Carpet Cleaning Service The Best

0
Carpet cleaning is an important part of keeping your home clean and tidy. Not only does it remove dirt, dust, and other...
Read more